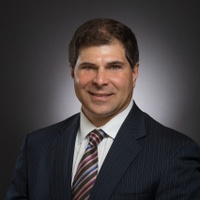 Terry has devoted the last 25 years to an expansive career in Mortgage Lending and the Management thereof. He began his mortgage career in July 1989 with GMAC Mortgage earning several awards in both production and management. Terry is currently a Licensed Loan Officer with National Home Lending, a division of Gold Star Financial Mortgage Services Group, Inc. (NMLS License # 380137). Terry specializes in providing a comprehensive portfolio of Conventional, Government loans, and Jumbo Mortgages. In this ever-changing market, Terry’s wealth of knowledge and targeted problem-solving abilities set him apart.

Along with providing lending to families, Terry has also been working with insurance products for the past twelve years. He has focused on working with estate planning utilizing life insurance and Long-Term Care. Being independent, he is able to choose from any insurance company he believes is best for the client’s situation, which has given him a strong advantage.

Terry has lived in Plymouth, Michigan, for 3 years. He is an avid golfer, and loves to travel and play hockey. Terry played as team captain of varsity hockey for the University of Alabama in Huntsville and was a member of the UAH varsity hockey team. He also enjoys being active in the community and is a passionate coach for Victory HONDA 2007 AAA hockey team and is an active board member for the charity CATCH.